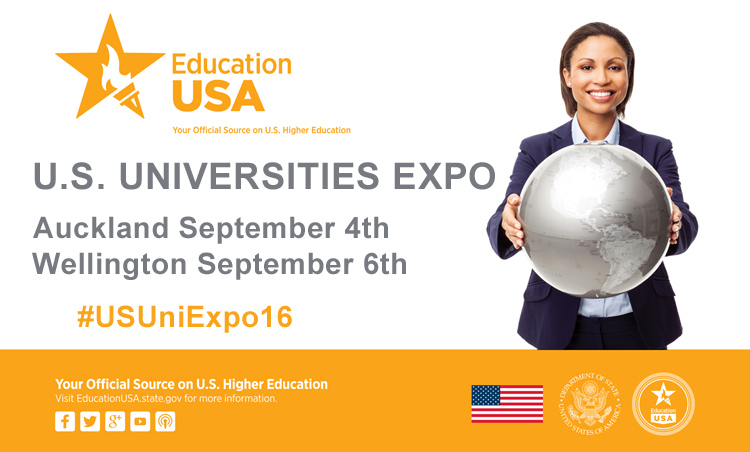 This weekend, representatives from ten major U.S. universities, and from the National Collegiate Athletic Association (NCAA), will be available to answer questions from New Zealand students about studying in the United States.

“It’s a unique opportunity for Kiwi students to meet recruiters and alumni from American universities and have all their questions on undergraduate study answered,” says Katie Sleeman from EducationUSA.

The touring American admissions reps will visit some secondary schools and hold two expos in Wellington and Auckland. The expos, which are free and open to the public, will feature representatives and alumni from universities such as Northwestern, Purdue, and Hawaii.

“It is very exciting to have so many universities, from all across the United States, represented. There will be lots of information sessions on topics such as ‘finding the right fit,’ financial aid, visas, and sports scholarships,” says Ms. Sleeman.

Additionally, for the first time ever, a representative from the National Collegiate Athletic Association (NCAA) will be on hand to talk with students, parents, and coaches about college athletics. The NCAA is responsible for organizing and regulating the athletic programs of over 1,000 universities in the U.S., and its representative will be able to discuss athletic queries ranging from sports scholarships to eligibility requirements.

Find out more at nz.usembassy.gov/uniexpo and follow the hashtag #USUniExpo16 across our social media channels.