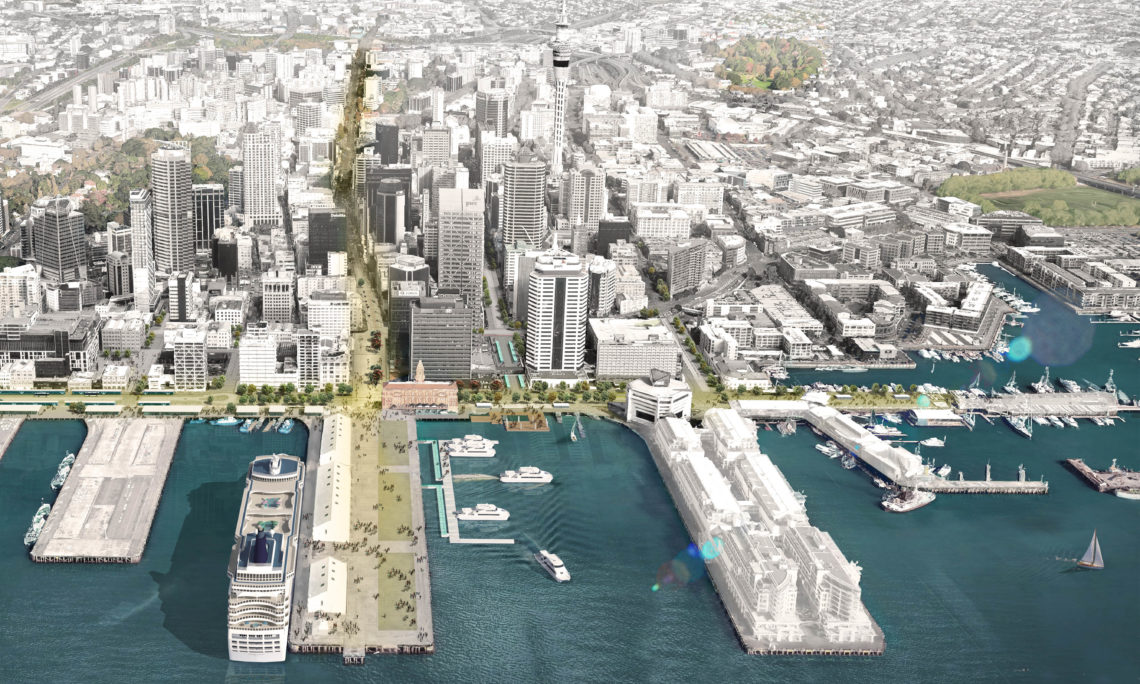 Joseph Rosenberg is a Los Angeles-based landscape/urban designer, one of three in the Guangzhou-Auckland-Los Angeles (GALA) Tripartite Leadership Intern Programme invited by the Tamaki Makaurau Design Alliance (TMDA). This programme has three firms in Auckland each hosting one intern, two from Guangzhou and one from Los Angeles, with the aim of developing shared learning, shared experience and shared best practise among the three cities making up the Tripartite.

Joseph has been placed with an Auckland-based award-winning landscape architecture design firm LandLAB, who have worked across New Zealand. Thus far he has been involved with Auckland waterfront projects and one in Guangzhou – LandLAB’s first international project. All these projects look at how each city engages with water and how design can activate these spaces for the public realm.

“These projects are extremely interesting and engaging to work with,” Joseph says. “Being a water-oriented city, one rich in cultural history, creates an exciting context to work in. It is also great to work with a team whose design approach is enlightening and gives new perspectives on how a city can situate itself with the temporalities of water.”

“The idea behind the internship programme is to show how we all work,” says Henry Crothers, director of LandLAB. “Los Angeles is big. They do some things really well; they don’t invest much in the public realm of the city, it’s all very development focussed and development led so they’re always quite interested in the way that we do things over here. And we are really good at doing small, creative, boutique. Guangzhou does big really well but they don’t do small very well and they don’t always do design really well.”

Prior to working in Los Angeles, Joseph and his team won an international design competition in 2015 when he was a student at the University of Pennsylvania. It was the Urban SOS competition where they submitted their project The Third Reserve, which re-imagined underutilised land in Singapore as an intensely programmed, city-scale food production and recreational reserve. “Cities like Singapore have issues of limited space and food security. Designs like these can address multiple future issues cities will be facing.” Through this competition, Joseph worked in Los Angeles with AECOM – an international design and engineering firm.

And now, after two years in LA, Rosenberg finds himself in Auckland.

“I came to Auckland because I’m interested in seeing new cities,” he said. “But also seeing how different cities deal with similar issues whether it is housing, transportation, waterfronts or open space. And how we can have a dialogue, learn from each other, and share ideas.”