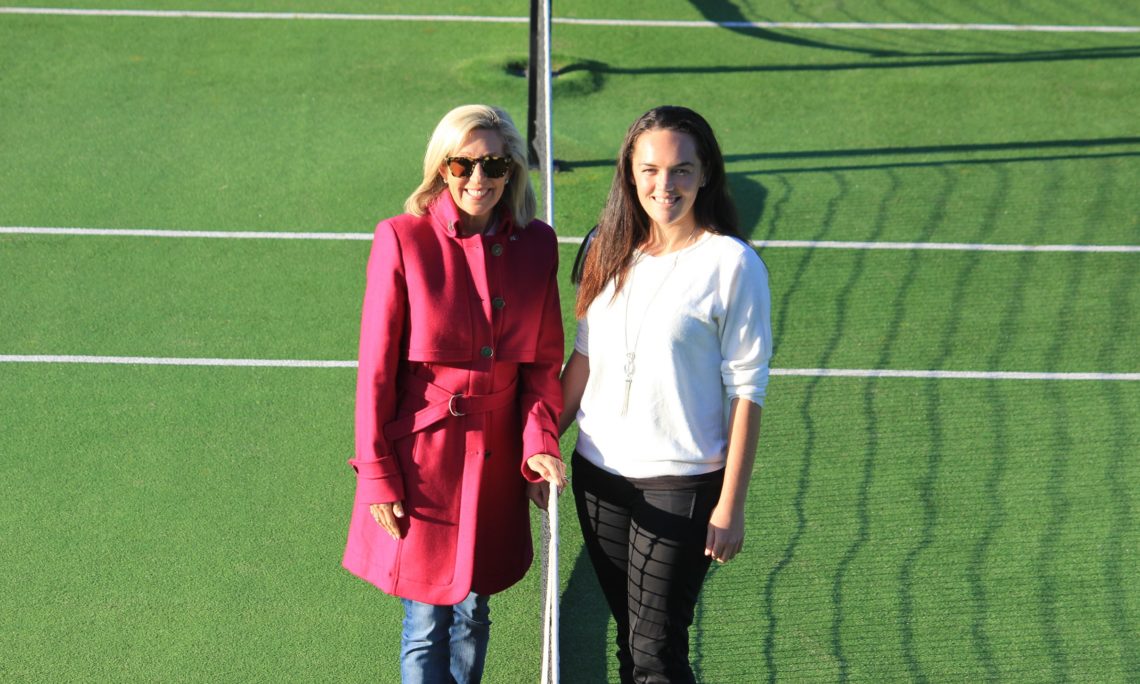 Brittany Teei is a former professional tennis player, social entrepreneur, founder of KidsCoin tech-company, and she’s only 27 years young. Blessed with a prodigious mind and heart, this tenacious Ngāi Tahu woman recently shared her incredible story at the Remuera Tennis Club in Auckland, where she once reigned as club champion for the better part of a decade.

At the early age of three, Brittany remembers she was transfixed by a tennis match on television. She declared to her family, “I want to do that.” The idea of playing tennis was a novel concept to Brittany’s family, who perceived other sports like netball as being more traditional and acceptable for girls. So, like all the girls around her, Brittany played netball. But by the age of eight she still longed to try tennis. Brittany recalls her first time at tennis club saying, “Nana took me to a tennis club and I remember thinking, ‘this is flash. This is heaps of fun’. I looked around at everyone in the club and remember they seemed rich and we were not. But I got on that court and I dominated.”

Brittany worked vigorously on the court and in the classroom. She ranked number one in her age bracket in New Zealand by the time she was twelve. She won singles and doubles titles at home and abroad. She shone in school, advancing to classes two years ahead of her age group.

At age thirteen, the fearless youth left home to join the international tennis circuit. She says, “When I look back on it, I can’t believe I did that. I just wanted to play tennis and to get great coaching.” She registered herself for seven tournaments in California. “I had one aunty living in Los Angeles whom I’d never met. I basically just showed up at her house. As family, she took me right in with open arms and then drove me to my first tournament. I made strong connections and was lucky to have an umpire drive me all around the state to the other contests.”

Brittany next headed for the European circuit as a member of the NZ World Junior Team to compete in some of the elite level junior tennis tournaments, but it was then that her fairy-tale deviated.  Suddenly, a severe ankle injury on the unfamiliar clay surface sent the budding star back to New Zealand for a series of casts and a major operation. It was a huge setback. About this time in her life, Brittany remarks “I never told anyone how much I was suffering. I had a huge loss of self–esteem.” The pain would gradually subside.

For the second time in her life, television gave her a wake-up call. “I was watching a girl I competed against playing Serena Williams. I realized where my talents could have taken me, and was inspired to battle back right then and there,” she says triumphantly. Brittany bounced back and within nine months was on the tennis circuit in Asia, and the Olympic and Commonwealth Games teams for the Cook Islands. “Progress takes time, but I committed to working my butt off.”

Brittany became a promising entrepreneur, launching her own coaching business. Another injury forced Brittany to change paths and stop playing competitively. “I returned home to my neighborhood to help others. Starting my business made me realize that I never really learned how to manage money.”

She set out to school herself on business management. “Mum was a great deal of help. She has been a businesswoman and teacher for more than three decades. I got the idea to start a tech company teaching kids how to help themselves regarding money and savings. My dad came up with the name KidsCoin and I started the business with my mom.”

This driven young woman pushed full steam ahead and placed first at the Māori Innovation Challenge. The Challenge invites New Zealand’s top emerging entrepreneurs to submit their business ideas with a potential to go global.

KidsCoin is a web-based tool to teach middle-schoolers how to earn, manage and spend through imaginary play money. The success of the program is evident in the enthusiasm of the students she brought to meet us at her old tennis club – equipped with laptops, the girls, aged 7-10 years, raved over the learning tools fun usability.

Beaming and looking over their shoulders, Brittany explained KidsCoin’s potential. She is cultivating large clients that include both public and private sectors, and iwi. She continues to refine the program and build partnerships.

Brittany has accomplished a great deal at the young age of twenty-seven. Her journey to professional tennis player and tech founder took time, resilience, and some real determination. I’m sure we will see her accomplish even greater things in coming years and I, for one, look forward to watching her inspiring journey.