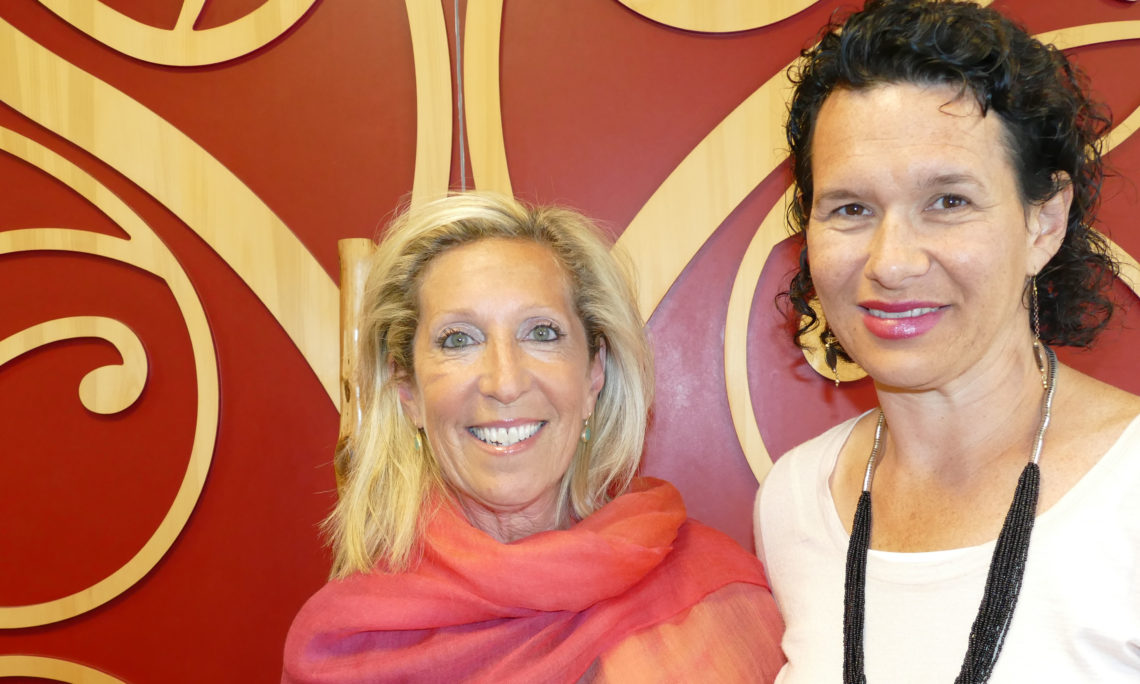 Kerensa Johnston is an accomplished lawyer who passionately advocates for Indigenous and human rights.  Her stellar career spans from the halls of academia to the court room and led to her recent appointment as first female CEO of Wakatū Incorporated. Wakatū is a trailblazing Māori -owned company with diverse holdings in land and water, commercial and residential property, and premium food and beverage products that are exported around the world. I sat down with Kerensa at the Wakatū head office in New Zealand’s sunniest city, Nelson, where she shared her personal success story.

Her childhood set the stage for the future rights-defender.  “My mother comes from a long line of strong Scottish women. She taught me to be proud of my Scottish and Māori heritage.” Raised by her mother in the Bay of Plenty, Kerensa had little first-hand exposure as a child to her father’s Taranaki and Te Tau Ihu iwi.  An excellent student, it became clear she would go to university, but would need the help of her father’s family.  Her mother traveled to see her father’s whānau to ask if they would support her iwi and hapū scholarship applications to attend university.

“My mother was very brave”, she proudly recalls. “Dad’s whānau welcomed my mother warmly and with their support, I was able to attend university.” This sparked the beginning of Kerensa’s own journey of learning about her culture and whakapapa.

Kerensa thrived in University. “I loved this time in my life, I loved exams, and I loved to learn”, she says. “In those days, Māori students stood out at university, so naturally we were drawn to each other and we formed study, social, and political groups to support one another. One important moment was meeting my cousin Hinekaa from Taranaki.”  Together, they returned to Taranaki to meet their whānau. “My aunties welcomed me with open arms.  I had so many questions built up over the years and I reached a point where I was able to piece together my family and whakapapa”, she says.

Kerensa later published an extraordinary book titled He Iti, He Taonga, a beautiful compilation of personal stories of Māori Women of Taranaki. She interviewed each woman and using their own words they shed light on the innermost thoughts, hopes and dreams expressed from the hearts of women across a wide spectrum. The title, translated loosely from Te Reo Māori to English as “Something Small, But Precious”, signifies in Kerensa’s words, “the gifts of wisdom and strength that the women shared”.  The narratives weave a larger picture that portrays Māori values and perspectives on life, culture, relationships and conventional wisdom.

Following graduation from Victoria University, each career step positively impacted her budding career, inspiring her to assume leadership roles.  Kerensa was one of four graduates, and one of very few women, employed as a Judge’s Clerk at the Court of Appeal of New Zealand

Empowering women and girls became a core focus for Kerensa. Her interest in women’s rights led to volunteer work at Māori Women’s refuge, and the Wellington Community Law Centre. “I had a need to learn about injustices affecting women, and those who have suffered from an injustice.”

Her Masters in Laws (LLM), graduating with First Class Honors from the University of Auckland, became the cornerstone for her development as a Māori rights advocate and educator. She made a natural transition into lecturing at the University of Auckland where she taught contemporary Treaty of Waitangi issues, land law, legal method, law and society, and environmental law courses. She then opened a private legal practice specializing in issues confronting Māori – and Māori business in particular.  The practice specialized in land law, public law, and constitutional law, advising Māori corporate structures.

In 2012, Kerensa and her partner Lane and their two children moved to Nelson where she was appointed the first General Counsel for Wakatū Inc. Today, Kerensa is the CEO of Wakatū Inc where she is responsible for strategy and alignment across the entire Group, owned by the families of Ngāti Tama, Te Atiawa, Ngāti Koata and Ngāti Rarua.

“This is my dream job”, she says. “I deal with issues across the spectrum of land, commerce, culture, and human rights. I look at the paintings and photographs of our ancestors on the walls and I think every day about those who had a vision to create something better for the generations to come”.

Our Wahine Toa, Kerensa Johnston, is driving her own future and the future of her iwi, making the world a better place, every single day.