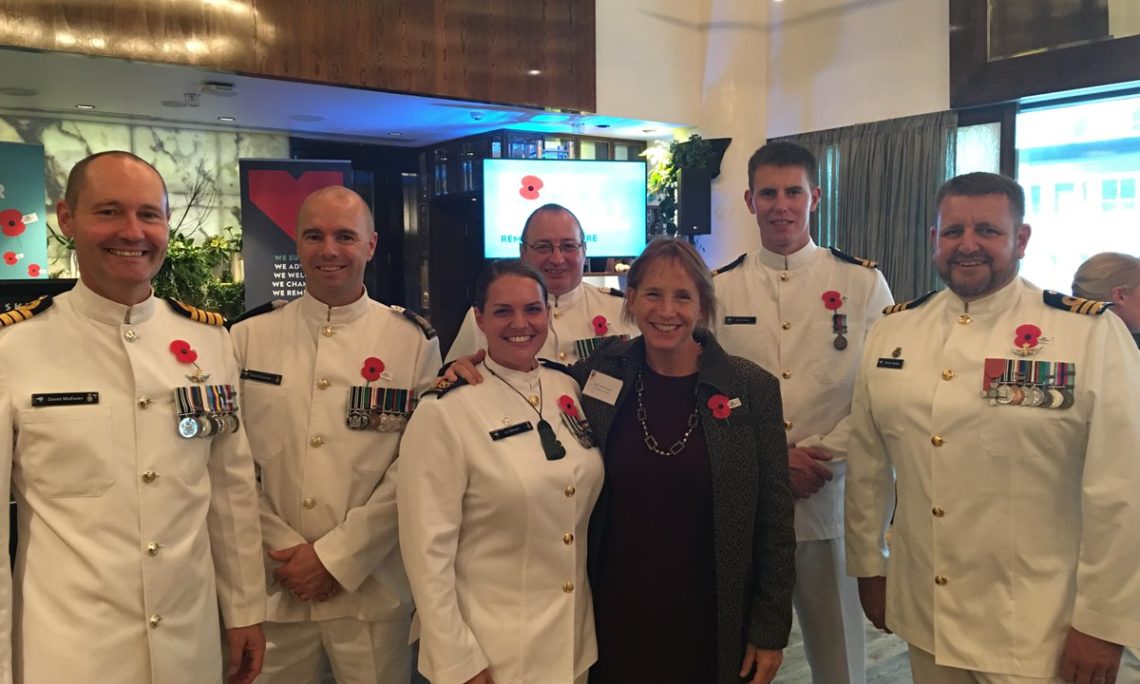 Chargé d’Affaires Candy Green has spent the last months eagerly engaging with the Kiwi public and deepening our friendships with New Zealand partners.  She was pleased to welcome two U.S. speakers to the 2017 Green Property Summit, New Zealand’s foremost forum to discuss smart cities of the future.  Working with the New Zealand Green Building Council, the Embassy sponsored Paul Rode, Senior Vice President of Engineering and Energy at the Related Companies, and Katie Swenson, Vice President of Design, Enterprise Community Partners, Inc. Mr. Rode spoke about his retrofit of New York City’s Empire State Building that helped reduce energy consumption, as well as the new technologies he is using in a major development in Hudson Yards, New York City.  At the closing dinner, Ms. Swenson spoke about the value of community involvement in design and embracing a holistic view in local development projects.  Chargé Green highlighted U.S. innovation in this field and the importance of sharing best practices in construction, development, energy and technology in support of the theme of this year’s summit “Building cities of the future, partnerships, and sustainability.”

South of Auckland, in Miranda, Waikato, Chargé d’Affaires Green visited the Pukorokoro Miranda Shorebird Centre.  Pukorokoro Shorebird Centre is an information center working to raise awareness of migratory shorebirds birds and their habitat.  The Shorebird Centre works closely with countries along the international migratory route, including the United States, on habitat conservation and scientific research.

The Centre Manager and Bar-tailed Godwit expert, Keith Woodley, provided a tour and described the unique migration pattern.  The godwits hold the record for the longest flight by a bird – from Alaska to New Zealand!  Godwits are reliant on the Yellow Sea in Northeast Asia as a stopping point to feed mid-journey. The Centre has collaborated with the U.S. Geological Survey to track the godwits on their amazing journey.

The event served as an opportunity to discuss the guests’ influential journeys to success, their aspirations for the next generation, and how the U.S. Embassy can continue to partner with them to support women in leadership and promote professional and academic exchange with the United States.

U.S. Youth Council members embraced the opportunity to join the gathering and were inspired and motivated by their interactions. Chargé d’Affaires Green was grateful for the chance to get to know such amazing women.

Back in Auckland, Chargé d’Affaires Green attended the launch of the Royal New Zealand Returned and Services Association’s (RSA) annual nationwide Poppy Day appeal at the SKYCITY Grand Hotel in Auckland on April 5.

It was the first year an official launch function was held.  The appeal is a vital campaign that underpins the organization’s work supporting New Zealand’s 41,000 veterans, returned service men and women, and their families.  Chargé d’Affaires Green met the crew of HMNZS Canterbury, who led relief efforts in Kaikoura after the November 2016 earthquakes, alongside crew from the USS SAMPSON.  She also had the pleasure of meeting Jo Stewart, the Royal New Zealand Navy’s Sailor of the Year.

While in Auckland, Chargé d’Affaires Candy Green met with leaders of New Zealand’s tech industry. IBM recently opened a new office in Auckland’s Wynyard Quarter, which has become a base for innovation-driven companies.  Although they’ve only recently moved to their new space, IBM has been in New Zealand for more than 60 years.

Chargé d’Affaires Green spoke at the opening of their new offices, highlighting the important role that institutions like IBM play in promoting innovation, technological and commercial development, and international business ties.

After a busy rush of events and engagements, Chargé d’Affaires Green took some time to join current Stand Up Paddleboard (SUP) Women’s World Champion, Annabel Anderson of New Zealand, on the water.  Annabel went on soon after to win first place in the United States West Marine Carolina Cup, the largest and most competitive SUP race in the world.  They discussed the importance of creating opportunities for females in sport and important pathways and skills sports can impart for young women.

Candy’s work and travel over the last few weeks really show the depth and breadth of our partnership with New Zealand.