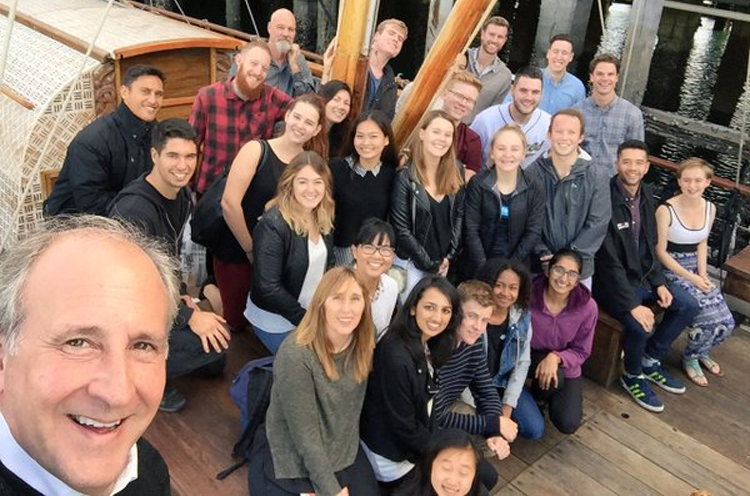 On April 25, 2016 the Auckland Youth Council met with Ambassador Mark Gilbert.  In recognition of the recently-signed COP 21 Agreement on Climate Change, signed by 155 countries in New York on April 20, Earth Day, the group discussed climate change, especially in relation to the impact on the Pacific Ocean.  The Youth Council also got a chance to meet with Sir Peter Blake Trust Ambassadors, who are Kiwi leaders, adventurers and environmentalists. Everyone got to check out Haunui Waka, a traditional Maori double hulled canoe provided through Te Toki Voyaging Trust. Haunui Waka sails with the mission of promoting awareness of oceans, pollution, climate change, and the revitalization of waka culture.

On May 14, 2016 Auckland Youth Council members attended “An Evening with Gloria Steinem” alongside other influential women, hosted by U.S. Deputy Chief of Mission Candy Green and U.S. Consul General Melanie Higgins. This event recognized the strides that women have taken towards equality and provided an opportunity for networking and mentorship among distinguished and successful women from a variety of sectors. Youth Council members enjoyed the chance to attend Gloria’s sell-out Auckland Writers’ Festival talk and took away a lot from the inspirational women they met.

On May 18, 2016 the Auckland Youth Council gathered for a small group session on business and technology with Field Garthwaite. Mr. Garthwaite is the CEO and Chairman of IRIS.TV. He is an entrepreneur, writer and producer focused on media and the environment. He was a guest speaker at the Auckland Tripartite Economic Summit Auckland 2016, a gathering of business and political leaders from sister cities Los Angeles, Auckland, and Guangzhou,. The Auckland Youth Council was fortunate to have Mr. Garthwaite for an exclusive meeting to discuss latest developments in new media and how to commercialize ideas in the tech sector. The Youth Council discussed with him a variety of issues including the need for product market fit, the interface of social media and cultural values, and human rights – in particular privacy and cybersecurity rights in light of new technology.

On June 7, 2016 the Dunedin Youth Council shared their thoughts on climate change issues in New Zealand with visitors from the American Arts Incubator with. The American Arts Incubator is supported by the U.S. Department of State and Zero 1. They will be participating in the 2016 New Zealand International Science Festival [link?] in Dunedin this year. Students discussed the impacts of agriculture on emissions, rising sea levels and how to work as a community towards climate change efforts.